The Ride of Pride 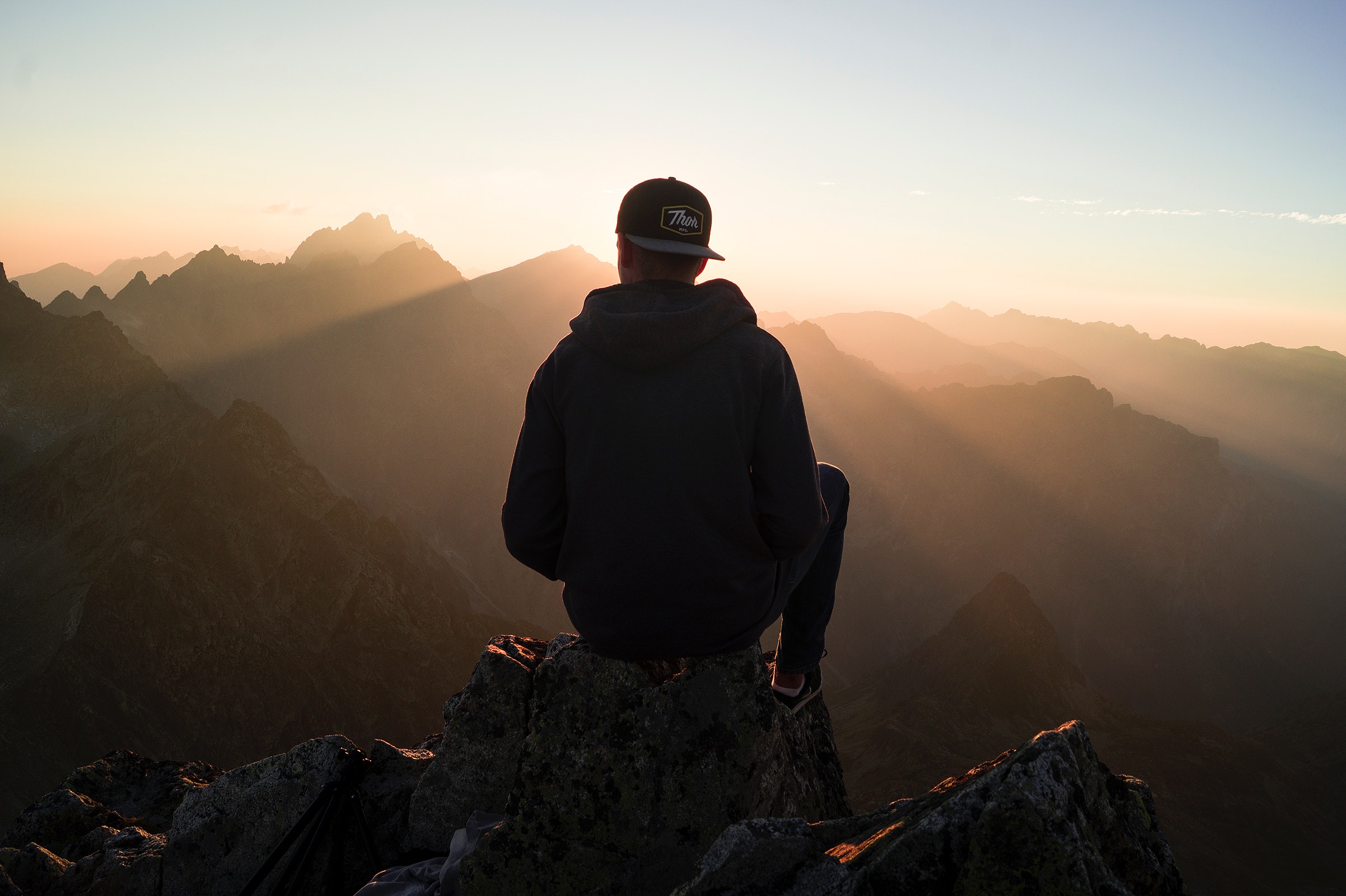 Technology is a fantastic tool. It connects us in a way we’ve never been linked in the past. However, technology can take us on what I call “the ride of pride.”

I believe we are all on a trip—an ego trip. Because of technology and the ability to portray ourselves in only a favorable light, we can easily fall into pride. We take selfies and post them, then our ego gets a boost each time our post is liked.

Ego and pride are all about giving me and you the glory that’s reserved only for God. Pride is rebellion against God, and it’s deceptive. Ultimately, pride is showing disrespect toward God and it always leads to destruction.

Narcissism is when we worship ourselves rather than God. In Greek mythology, Narcissus was walking down a path one day when he saw his reflection in some water and fell in love with his image. Sounds like the world’s first selfie, doesn’t it?

Look at what the Bible says about Lucifer, the devil. He was the worship leader in Heaven, meaning that his role was giving love and honor, and glory to the Lord.

But check out what he said in Isaiah 14:13 (NIV), “I will ascend to the heavens; I will raise my throne above the stars of God; I will sit enthroned on the mount of assembly, on the utmost heights….”

Look how that turned out. Satan’s declaration that he would be above God caused him to be cast out of Heaven.

The 3 Effects of Pride

#1. Pride Distances Me From God

Pride is the forerunner, the precursor, of all sin. You may say, ‘I don't have an anger problem, I’m just emotional.’ Or, ‘I don’t have a lust issue, I just have a strong sex drive.’ ‘I don’t struggle with envy, I just want what you have.’ ‘I’m not slothful, I’m just laid back.’

The reality is that pride distances us from God. Pride is deceptive. It gives to us the honor and glory due to God alone. The Bible talks about high-mindedness, which is a form of pride.

Here’s what the Psalmist said in Psalm 138:6 (NLT): “Though the Lord is great, He cares for the humble, but He keeps His distance from the proud.”

The sin? Pride. But the win? Humility.

#2. Pride Distances Me From Others

One day the disciples were arguing about who was the greatest. Jesus said to them in Matthew 20:26, “...whoever wants to become great among you must be your servant.”

And in 1 Peter 5:6, he says ”Humble yourselves, therefore, under God’s mighty hand, that he may lift you up in due time.”

So we see that pride distances us from God—from the gifts he’s given us, from the church, from serving, and from others—but humility connects us with those things.

Ultimately, I’m in the right position. If I submit myself to the Lord, I honor Him, I humble myself before Him. Then that segues into everything I do, say, touch, and feel.

Humility is losing yourself in service. We can never fully arrive, and we can never get there, but I want you to see the difference between the two. You’ve got pride and you’ve got humility. I would argue that we can leverage technology to reveal and show others our humility. But be careful—the moment you think you’re humble is the moment you have a perverted form of pride.

Here's what Christians do: Christians brag about being ‘blessed’ by God. We talk about something we’ve attained and express it as being ‘blessed.’ This type of thinking can easily turn into pride and ego. ‘God did this for me, but He didn’t for you.’

Here’s what the Bible says in 1 Peter 5:5, “Clothe yourselves in humility toward one another because God opposes the proud but shows favor to the humble.”

#3. Pride Distances Me From Eternity

We have a false belief that all religions lead to the same ultimate goal. That’s like saying you can dial any number arbitrarily on your smartphone and get my number. There’s only one number. That’s why Jesus said there’s only one way.

Ephesians 2:8-9 (NIV), “For it is by grace you have been saved, through faith—and this is not from yourselves, it is the gift of God—not by works, so that no one can boast.”

Pride can—and does—keep many people away from knowing Jesus, from eternity. What is the answer?

How Do I Overcome Pridefulness?

1 Corinthians 15:1–3 says, “Now I want to make clear for you, brothers and sisters, the gospel I preached to you, which you received, on which you have taken your stand and by which you are being saved if you hold to the message I preached to you—unless you believe in vain. For I passed to you as most important what I also received: that Christ died for our sins according to the Scriptures, that he was buried, that he was raised up on the third day according to the Scriptures.”

Philippians 2:7–8: “Instead he emptied himself by assuming the form of a servant, taking on the likeness of humanity. And when he had come as a man, he humbled himself by becoming obedient to the point of death—even death on a cross.”

That’s the gospel. On a wooden cross 2,000 years ago, Jesus was crucified to exchange our sin and shame for the freedom to walk in righteousness. This gift of forgiveness and salvation are offered to us because of who He is, not because of anything we’ve done.

If you don’t have a personal relationship with Jesus, there’s no better time than right now to begin one. You can talk to God just like you would a friend. Invite Him into your heart and life. Tell Him your dreams and fears, and know that He promises you will spend eternity with Him in heaven when you make that choice.

Take the next steps to get connected with us at Fellowship Church, either in person or online. We’d love to celebrate your decision and walk this life journey with you!