How Do I Learn to Forgive? 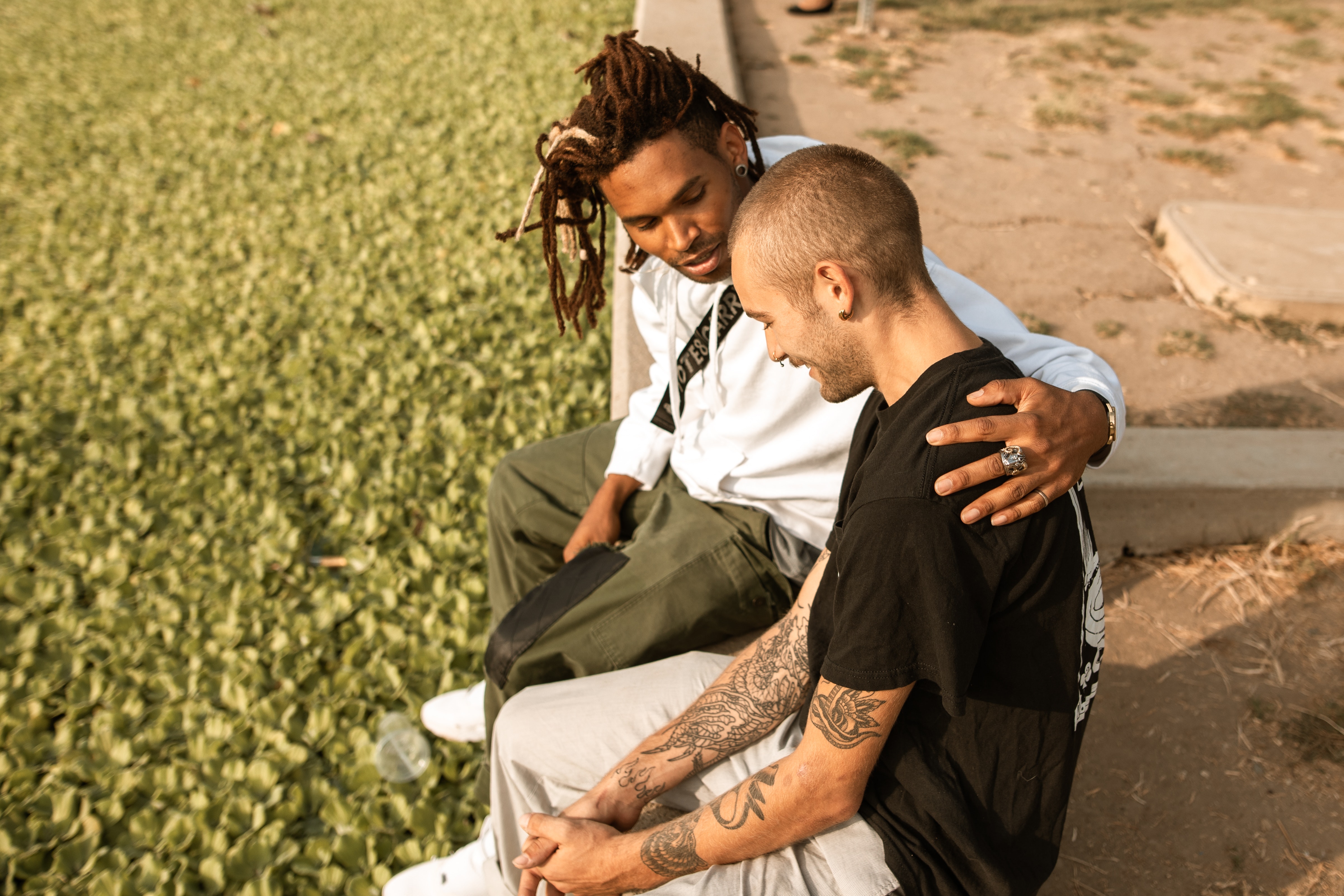 A few years ago as I was filling my car up with gas, I watched as a guy wrapped his Doberman’s leash around a cement bench while he went into the nearby convenience store. While his master was inside the store, something startled the dog and he began to pull at the leash. The Doberman was so agitated that he pulled hard enough to yank that concrete bench into oncoming traffic. Traffic tried to swerve around him, but several vehicles collided with the bench. The collateral damage was epic.

My observation is that a lot of us are like that Doberman. We’re dragging a metaphorical park bench around while people are sitting on it, causing collateral damage. Are you like that Doberman? Could it be that you're leashed up to unforgiveness? These are the people we need to forgive.

Whom Do I Need to Forgive?

Perhaps it’s a parent, teacher, or coach. Maybe it’s someone who took advantage of you and hurt you physically, emotionally, or spiritually. Could it be your ex-spouse sitting on this bench? Is that person even alive today?

Who are you dragging around?

Unleashing forgiveness is unnatural. It's so interesting because when we are leashed to unforgiveness, not only do we drag around people, but we also have these feelings of resentment, anger, and animosity.

In prior blogs, we’ve been talking about adult children. Sadly, in our culture we want children to act like adults, but then when they grow up, adults act like children. Could it be the result of maybe a divorce situation? Maybe a situation where there was some sort of addiction, abuse, or dysfunction? And that brings a lot of baggage, which causes us to stay leashed. We want to make the other person pay. Like the Doberman, we sling the bench around and cause damage.

But do you know what? When we are leashed up to unforgiveness, we're putting the leash in the hands of others and they control our lives.

Simon Peter, one of Jesus’ twelve disciples, wanted to show the others how spiritual he was. Like us, Simon Peter had probably been betrayed and hurt by others.

We read in Matthew 18:21, “Then Peter came to him and asked, ‘Lord, how many times will my brother sin against me and I forgive him and let him go? Up to seven times?’” During this time, rabbis taught that forgiveness was only required to be given three times. So Peter must have felt very righteous by offering to forgive seven times.

But let’s read what Jesus responded. “Jesus answered him, ‘I say to you, not up to seven times, but seventy times seven.’” (AMP) I’ll bet Simon Peter was surprised. Forgive 490 times? Every day? Jesus wasn’t being that specific. His point was that forgiveness shouldn’t be tallied up and end at a certain point.

The Meaning of Forgiveness

Forgiveness and dealing with unforgiveness is more for those who've been offended.

You might be saying, “Well, the person sitting on this bench died five years ago.” And if you really think about it, maybe the people lined up on your park bench have kind of checked out. They don't even realize that they've betrayed you, hurt you, or stabbed you in the back. Forgiveness…it's a deep subject.

And you know what the word “forgive” in the original language means? It means to release. Even when you don't feel like it, even when you're not into it, even when you don't feel spiritual, release. For many of us, we might have to do that every minute, every hour, every day for a while, until what happens? We do feel it. Yet, we make the decision. As God's will, we do it. And here's the great thing—the feelings will eventually follow.

Job 5:2 says, “Resentment kills a fool, and envy slays the simple.” (NIV). Refusing to unleash forgiveness will mess up your emotions. But when you forgive, then you can engage your emotions to be free from resentment and hurt.

Ephesians 4:32 says, “Be kind and compassionate to one another, forgiving each other, just as in Christ God forgave you.” (NIV) Think about your spouse or your friends. When you harbor unforgiveness, your relationships suffer. Why do you think divorce is so prevalent in our current culture?

Proverbs 14:30 reads, “A heart at peace gives life to the body, but envy rots the bones.” (NIV). Romans 12:19 says, “Do not take revenge, my dear friends, but leave room for God’s wrath, for it is written: It is mine to avenge; I will repay, says the Lord.” Studies show that harboring resentment and unforgiveness can even affect our physical health. Forgiveness, on the other hand, can unleash you from many physical ailments that keep you bound and suffering.

Forgiving as Jesus Forgave Us

Jesus is chasing us down, just like the owner of the Doberman in my example. The man got ahold of his dog’s collar and freed him from the concrete bench that he was dragging around. That’s what Jesus did on the cross for you and me. He looked down on you and said, “I forgive you.”

That’s the gospel. That’s the good news. Whether you’ve been wronged seven times, or seventy times seven, Jesus has forgiven your debt and made a way for you to forgive others. Now go and do the same.

Ask the Lord to lead you in identifying anyone you need to forgive. Prayerfully give your burdens concerning this person to the Lord. He may lead you to seek interaction with them, or He may not. Either way, you will discover immense healing for your soul when you release unforgiveness and find freedom when you choose forgiveness instead.